Posted by Lynne (Lily's Quilts) on August 22, 2012
And so I'm back from two weeks overlooking this: 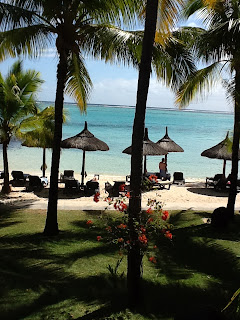 And on my arrival home, I was greeted by this.  It's an FQ bundle of Pat Bravo's Indie line which should be hitting stores during August and will be going into my summer EPP project over the next few days, weeks and possibly also months. 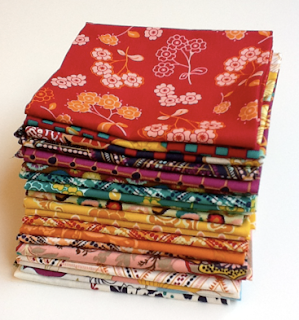 Also waiting for me was this pattern which I have been banging on about forever and a day.  The quilt was originally a BOM but the demand has been so huge for the pattern, that Jen Kingwell (the quilt's designer) from Amitie Textiles in Melbourne, has released the pattern which you can buy here.  I will be starting this at some point in the not too distant future - if anyone else is going to give it a go, let me know and maybe we could have some kind of Flickr support group to encourage each other.  Maybe we could even devise a monthly program to keep ourselves on track! 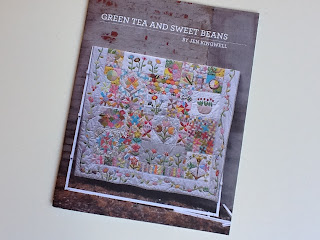 Here is an amazing photo of the original quilt taken by Tamara Erbacher.

On my return I also received a few of these wonderful bookmarks which Michael Oakshott had made for the Festival of Quilts (the UK's BIG annual quilt festival) last weekend.  He was selling his new "Rubies" - packs of F8ths and FQs of cottons in 12 colours, all shot with red. 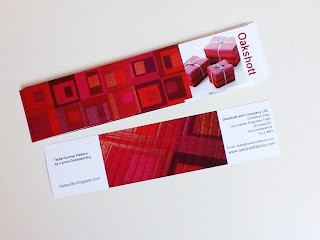 The bookmark shows a Modern Blocks table runner you can make using the F8ths pack (designed by me) which you can buy here:

The second project I designed for them was this Rubies and Diamonds wall hanging / mini quilt made using the Rubies FQ pack which you can buy here.  If any of you buy or have bought either of these kits, I would love to see what you make with them!

Abakhan Projects on a Budget

Would you like to make an Abakhan project?  Here's the idea. You head on over to Abakhan Fabrics and pick out £20 worth of anything that takes your eye. We send it to you free, you make, photograph and write a tutorial to go on my blog. So here's what you need to do: 1. You can now be anywhere in the world to participate in this challenge! 2. Leave a comment on this post telling me what you would like to make using £20 worth of anything from Abakhan. 3. In a few days from today, I will choose a winner who will have one month to choose their booty from Abakhan, make something and write a tutorial. 4. Don't be disheartened if I do not pick your idea this month, there are always other months. 5. The item can be anything at all - clothing, quilted or non quilted items - anything crafty at all really. 6. Be as original, as traditional, as creative or as simple as you like. 7. And this month's theme is Easter or spring party  - anything at all t